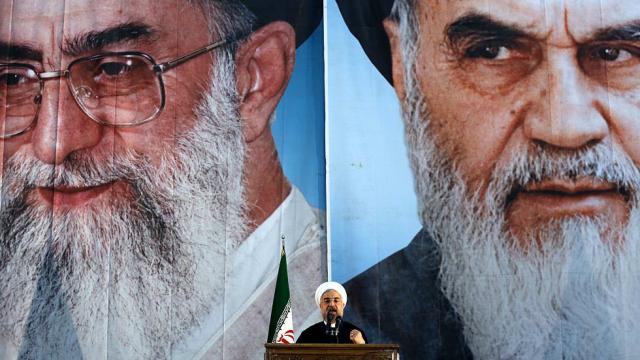 For 40 days, 22 political prisoners staged a hunger strike in Gohardasht Prison in Karaj, 30 miles west of the Iranian capital of Tehran. Most are serving sentences for dubious political charges. In dire circumstances, they were only demanding their return back to bad conditions.
Their health deteriorated; international intervention was literally non-existent, limited to a few expressions of concern, but no practical measures to compel the Iranian regime to stop its inhumane treatment of prisoners of conscience.
Amnesty International’s Deputy Middle East and North Africa Director Magdalena Mughrabi said the protest “highlighted the urgent need for reforms to Iran’s cruel prison system.”
In other words, the situation in Gohardasht reflected the much larger human rights crisis perpetuated by Iran’s clerical regime.
There is an underlying need to use this situation, and the many others like it, as a jumping-off point to call international attention to the horror of conditions in which Iranian citizens might find themselves confined for years without ever having committing anything that the world would recognize as a crime.
In addition, there's a need to expose a past record of atrocities shocking in its horror and in the lack of international attention to it.
This year’s United Nations General Assembly convened recently, and as in years past, was addressed by Iranian President Hassan Rouhani. To no one’s surprise, Rouhani again portrayed criticism of Iran’s human rights record, including this year’s report by the U.N. special rapporteur on human rights in Iran, Asma Jahangir, as a Western conspiracy to discredit the Islamic theocracy.
Meanwhile, Iranian citizens and human rights activists are increasingly calling for the perpetrators of massacres, past and present, to be brought to justice. Social media has become increasingly effective at circumventing the regime’s restrictions on free expression, but people are still routinely charged with crimes, even capital crimes, on the basis of something an intelligence agent found them saying on a banned platform like Facebook or Twitter.
As Rouhani addressed the nations of the world, many U.N. delegates had prepared for his diatribe by reading an article published that same morning by the Wall Street Journal.
Written by a young Iranian political activist and former political prisoner, the piece decried the regime’s efforts “to force Iranians to forget 1988,” the “summer of blood,” when  approximately 30,000 political prisoners, primarily activists of the main Iranian opposition movement, the People’s Mojahedin Organization of Iran (PMOI or MEK), were massacred in just a few months.
read more
at October 02, 2017 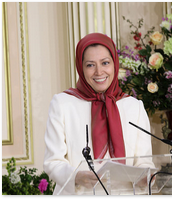